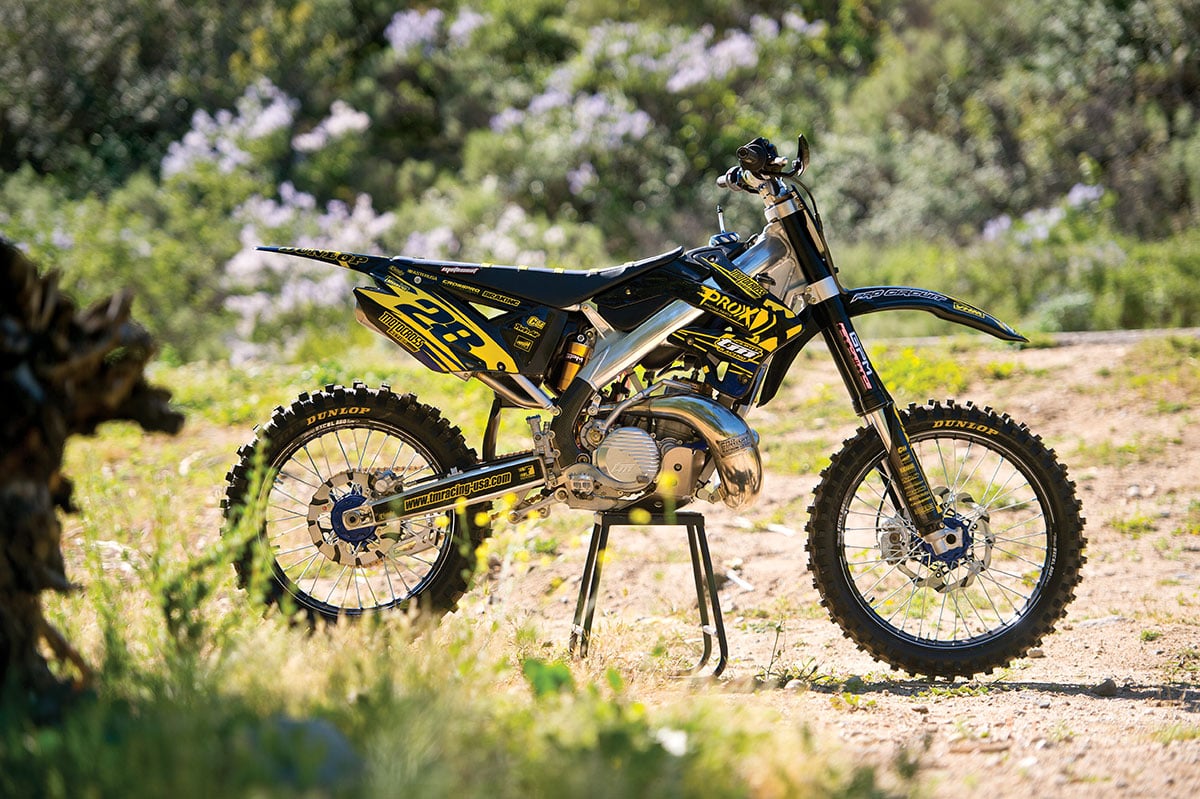 The Comeback of Two-Strokes

2-strokes have been on a quick comeback road for a while now. Here we analyze the main differences between two and four-strokes, and provide some information to help if you're torn between the two.

When it comes to racing, there are many things people disagree on. Personal preferences play a big role in every rider’s choice of bike, products, and riding style. One of the most common debates is 2-stroke vs 4-stroke. And the ultimate question is, which one is better? We can’t be the ones to answer that, but one thing is for sure, 2-strokes are making their comeback. They’re now present across all forms of riding and racing, which include Enduro, NHHA, Motocross (hobby, amateur, and professional levels), local enthusiasts, and Amateur MX.

So, what’s the difference? The difference between the two stroke and four stroke internal combustion engines have tortured riders for years now. Everyone has a different opinion or conflicting views, which leaves everyone wondering, which one really is better, and why? In the end, each individual rider collects their own data and makes their own objective opinion based on their personal preference. But here are the facts.

A two stroke, unlike a four stroke, has three cycles that are combined into two strokes, meaning the intake, compression, and exhaust cycles are all integrated into the compression and power strokes of the engine. Because of this, there is no need for valves, which in turn makes the engine lighter and more compact.

A two-stroke engine can theoretically produce twice the amount of power because it fires once every revolution, whereas four-strokes fire once every other revolution. Because of this, it has a higher power-to-weight ratio, making it more desirable for many riders.

Two stroke engines are simpler and cheaper to manufacture and maintain compared to four stroke engines because of their lack of need for a valve train... But which one lasts longer? Well, that depends greatly on the how it is ridden and how it is maintained.  Two-strokes rely on oil premixed in the fuel for lubrication, whereas 4-strokes have dedicated engine and transmission lubricating fluid. Two-strokes also tend to rev higher, potentially creating more heat and faster wear. However, four-strokes rely on many more moving parts in the entire valve train, creating more chances for a part to break and the engine to fail. They each have their pros and cons, which should all be considered if making a decision of two-stroke or four.

Bikes can be broken down into several different components that ultimately help riders decide between a two-stroke and four-stroke. The major factors are handling, power, and maintenance.

When it comes to handling, this can sometimes be subjective from rider to rider. Although 2-strokes are lighter, that doesn’t always mean they are easier to ride. Handling ability will ultimately depend on the rider’s  ability and  their personal preference.That being said, two-strokes can be harder to ride because  they demand more work from the rider. Some would argue that the increased work, effort, and interaction with the bike makes it more fun.

A four-stroke, on the other hand, offers more torque and power, which doesn’t require the rider to carry  as much momentum, or  pick as many strategic lines to make it over jumps and other obstacles. Somewhere around a couple decades ago, four-strokes began their increase in popularity, and many of us have become spoiled with the work these 450 machines put in, and some of us have forgotten the joy and excitement that comes from putting in the work  on a good ol’ two-stroke.

I sat down with 1980 Supercross Champion, Mike Bell and got his opinion on two-strokes vs four-strokes. He didn’t think twice before answering that he prefers two-strokes. So, I asked: Why?

“Four-strokes go back to the core of what motocross is and was. Four-strokes have become so technical, they didn’t start out that way, but they have evolved into something so intricate that the average guy just can’t maintain. Two-strokes go back to fast, fun, and affordable. Which is why we all get involved in the sport to begin with.”

Fast, fun, and affordable. It sounds like the industry had lost sight of that, but it’s great to see two-strokes back on the scene and competing in the racing world, taking many of us back to the core of what riding is all about.

Power delivery is a major difference between the respective engine types. two-strokes  rev high and fast,  and require a lot of clutch work. They make power in higher rpms, and when they “get on the pipe,” or are running in their prime power band range, that’s when you really feel them pull and keep pulling.

These days, four-stroke power delivery depends a lot on how the bike is mapped. Before fuel injection, a lot of 450 motocross bikes had a hard hit and a lot of power that needed to be controlled. Even before that, the earlier air-cooled four-strokes felt heavy and more lethargic. Fast forward back to the present, mapping can make a four-strokes power incredibly linear and usable, or it can give it a hit hard enough to be clearing Supercross triples out of 2nd gear corners.

One common trait among four-strokes is their ability to put power to the ground. In hard pack conditions or situations where traction is limited,  four-strokes have a clear advantage. Inside ruts, hard pack dirt, and throttle finesse are just a few things that 4-stroke riders have come to enjoy. This is because of the four-stroke's engine cycle when producing power. Since a four-stroke makes power on every other stroke of the piston, it allows the power to be much more manageable. Without power to the wheel on every stroke, the milliseconds in difference keep wheel spin to a minimum.

Not necessarily the fun part, but it is necessary  to instill a long life for your bike. In the past, two-strokes sometimes struggled in this department, with piston seizures being all too common. But, this is a problem of the past, with technology and manufacturing innovation at an all-time high, two-strokes have made a comeback.

Two-stroke engine technology as a whole has had slow progression, with the majority of new two-strokes in showrooms still having carburetors. But, as the old adage goes, if it ain’t broke, don’t fix it, right? ProX has been in the two-stroke piston industry since 1975, and they’ve made sure their piston innovation has always kept up with the development of new bikes. ProX 2-stroke pistons are hypereutectic cast aluminum, which means they allow for the proper amount of material expansion under 2-stroke operating conditions. Some ProX 2-stroke pistons also feature coatings to help the wear-in process.

A great characteristic two-strokes have always had is that they’re affordable to rebuild. ProX takes pride in being able to offer OEM or better quality parts for a more affordable price. 2-stroke maintenance parts from ProX don’t end at pistons, either. ProX has connecting rods, bearings, clutch components, cables, brake components, jets, and almost anything you might need to replace or rebuild on your machine. 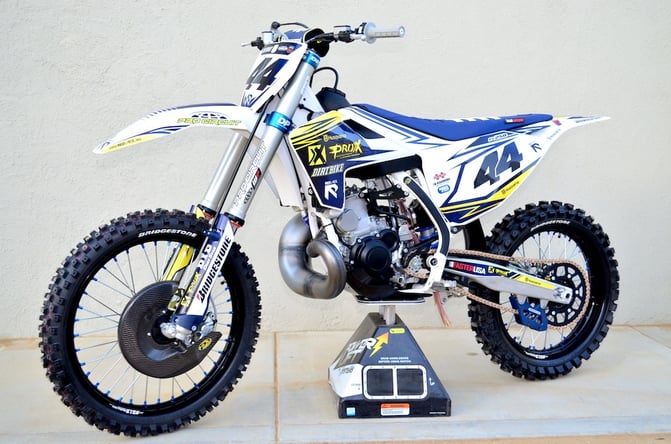