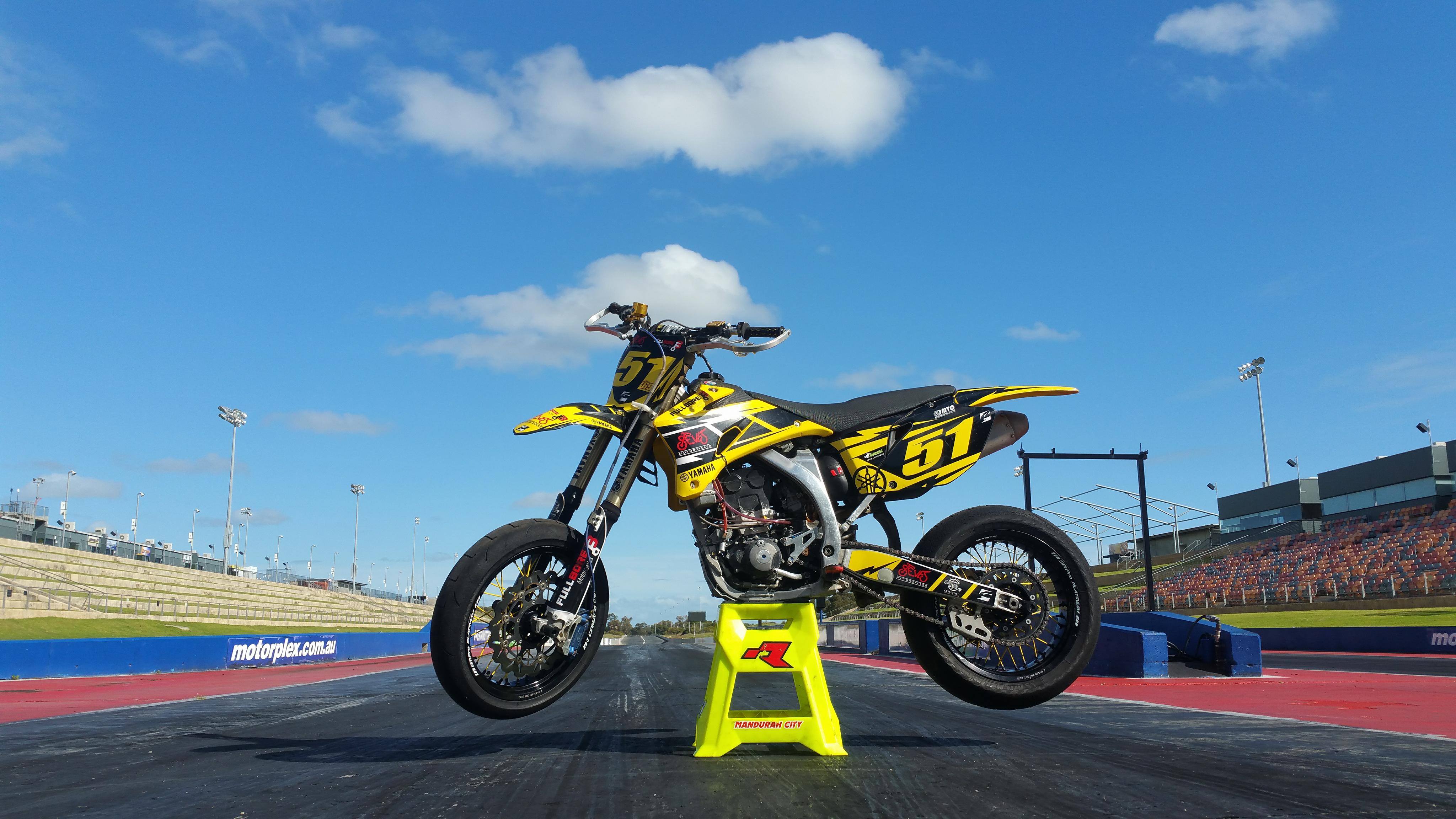 Bike Build: One of a Kind YZF290 Supermoto

We found a fellow racer on Facebook who had built a very impressive bike, and we had to know more about it. He was nice enough to set aside some time and give us information on his racing background and his one-of-a-kind machine.

Steven McQueen (yes, awesome name, but no affiliation) was born and raised in Western Australia by a family of racing enthusiasts. His grandfather raced TQs (more commonly known now as Formula 500 Sprintcar), and his dad and uncle raced sidecars in speedway for many years. McQueen comments “I spent a lot of my childhood traveling around Western Australia watching them race. They may not have been the fastest, but they always put on a show and had big parties (short clean version), so I guess I had no choice in being a bike and car nut.”

Currently, McQueen swings on a speedway sidecar for his good friend Ricky Wright, as well as swinging on an F2 road racing sidecar with Simon Davies that’s currently set up for the Isle of Mann (could you imagine manning a sidecar in the Isle of Mann??).

The race bike Steven built for himself is raced in the Supermoto club of Western Australia. He races in Open, Mini Motards, and Postie (stock engine) classes.

The machine he races the open class with started life as a 2008 YZF250. It now sits as a YZF290, with an impressive list of mods:

This is easily the most impressive YZF250 supermoto conversion we have seen. The attention to detail and focus on best combined performance and reliability is very respectable. Steven would like to thank the family at Steve’s Motorcycles and Full-Bore Motorcycles in Midland, West Australia. These people played a big role in making his build possible.

ProX would like to give a big thank you for Steven for taking time to share his information and photos with us! 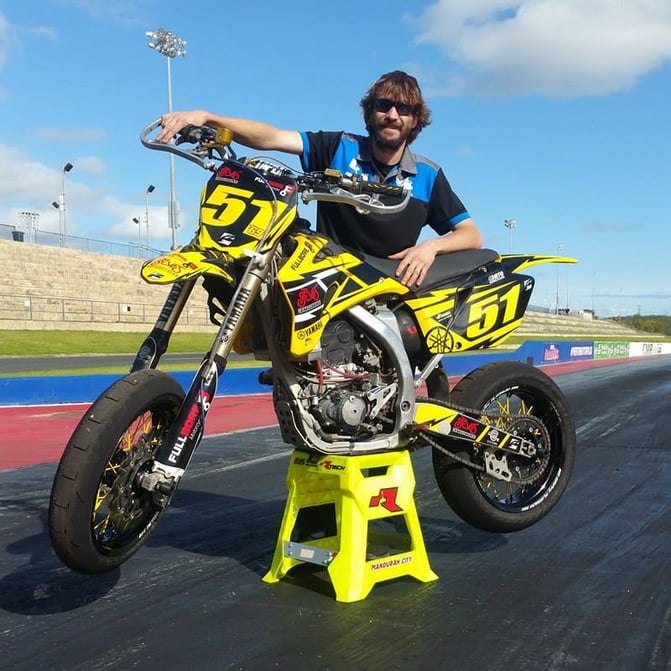 About ProX parts Steven chose for his build

ProX connecting rods are double-forged from Japanese steel, and are made by manufacturers that supply OEMS. They are shot-peened for additional strength, and provide strong reliability while maintaining affordability. Check out the full details ProX connecting rods here. ProX also supplies OEM quality bearings with their connecting rod kits, which are also made by OEM suppliers, so you know you’re getting the same long-lasting reliability.

ProX also recognizes that while stock Titanium valves provide great initial performance, they do not stand up to long-term demands of racing, and will need to be replaced sooner. ProX’s steel valves are a direct OEM fit, and are more durable than their Titanium counterparts, especially under stressful racing conditions.

ProX valve springs and clutch springs retain the stiffness needed for a properly function valve train, and a desirable feel of the clutch lever pull.

ProX seals and gaskets are also made by OEM suppliers to ensure OEM quality sealing will stay consistent throughout operation of the motor.

Get more tech info on the importance of braking parts here.