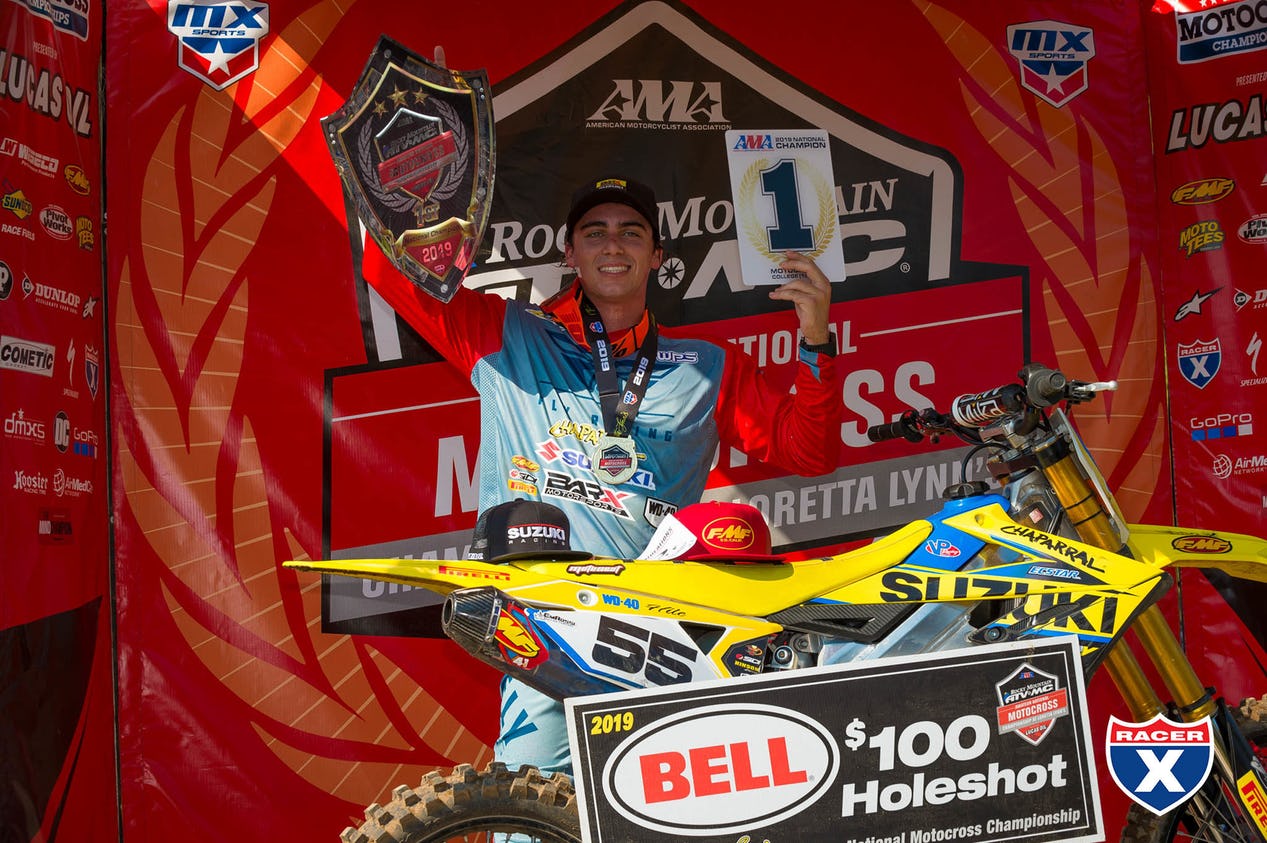 ProX takes pride in supporting the sport of motocross at every level and has been a part of the Loretta Lynn's Amateur Championships for years. 36 Loretta Lynn Championships have been awarded this year, read on for all the details!

Husqvarna’s Jalek Swoll, who earned the Open Pro Sport National Championship after going 1-3-1, captured the coveted Nicky Hayden AMA Motocross Horizon Award. This award is given to the A-class rider who shows the most promise as they prepare to enter the professional ranks.

The AMA Motocross Amateur Rider Award was presented to Yamaha-backed rider, Jarrett Frye. This award is designed to recognize an outstanding non-A-class rider who is ready to make an immediate impact in the A-class competition. Frye earned the honors with his National Championship in the Schoolboy 2 (12-17) B/C class and 3-3-1 finishes in the 250 B class.

The AMA Motocross Youth Rider Award is designated for a rider under the age of 16 chosen for his or her performance in the Youth classes at the AMA Amateur National. This year, KTM Orange Brigade’s Maximus Vohland earned the notable award after clinching the Supermini 1 (12-15) and Supermini 2 (13-16) titles.

The AMA Motocross Vet Rider Award is given to an outstanding rider over the age of 30. Results from all Vet classes are taken into consideration when selecting a winner. This year, Michael Brown proved that he was once again a front-runner by earning five of six-moto wins in the Junior (25+) and Senior (40+) classes.

Returning to the Ranch was On Track School. On Track School is the recipient of a donation in honor of Dave Coombs Sr. made by Rita, Carrie, Tim and Davey Coombs. Students who apply have the opportunity to be awarded with scholarship funds toward post-secondary courses at a college of their choice. If you are a Motocross Athlete, you should apply by June 21, 2020. Click Here to apply. To learn more visit, https://racerxonline.com/2018/08/06/on-track-school-chosen-to-receive-dave-coombs-sr-scholarship-fund. For 2019, Bailee Garner and John Hartman surpassed the rest of the applicants and will be enrolling in one of the On Track School educational programs for 2019-2020. Accompanying the scholarship award was the twelfth annual On Track School Graduation Ceremony where all alumni were recognized for their academic achievements.

RacerTV.com provided an unprecedented 40+ hours of LIVE race coverage throughout the week, resulting in over 637,300 live views across Livestream and Facebook Live. The archived footage is now available for viewing HERE. In addition, two one-hour highlight shows featuring the event will air on NBC Sports Network on Saturday, November 30, 2019 and Sunday, December 15, 2019 at 4:30 p.m. EST.

Complete results from the 2019 National Championship can be found HERE.

MX Sports wishes to thank everyone who participated in the Loretta Lynn National program, and congratulates all the 2019 Champions on their accomplishments.

For more information on the AMA Amateur National, visit the series official website at www.mxsports.com or call (304) 284-0101. Join the conversation on the event’s social media channels, along with receiving the most up-to-date news and exclusive content.