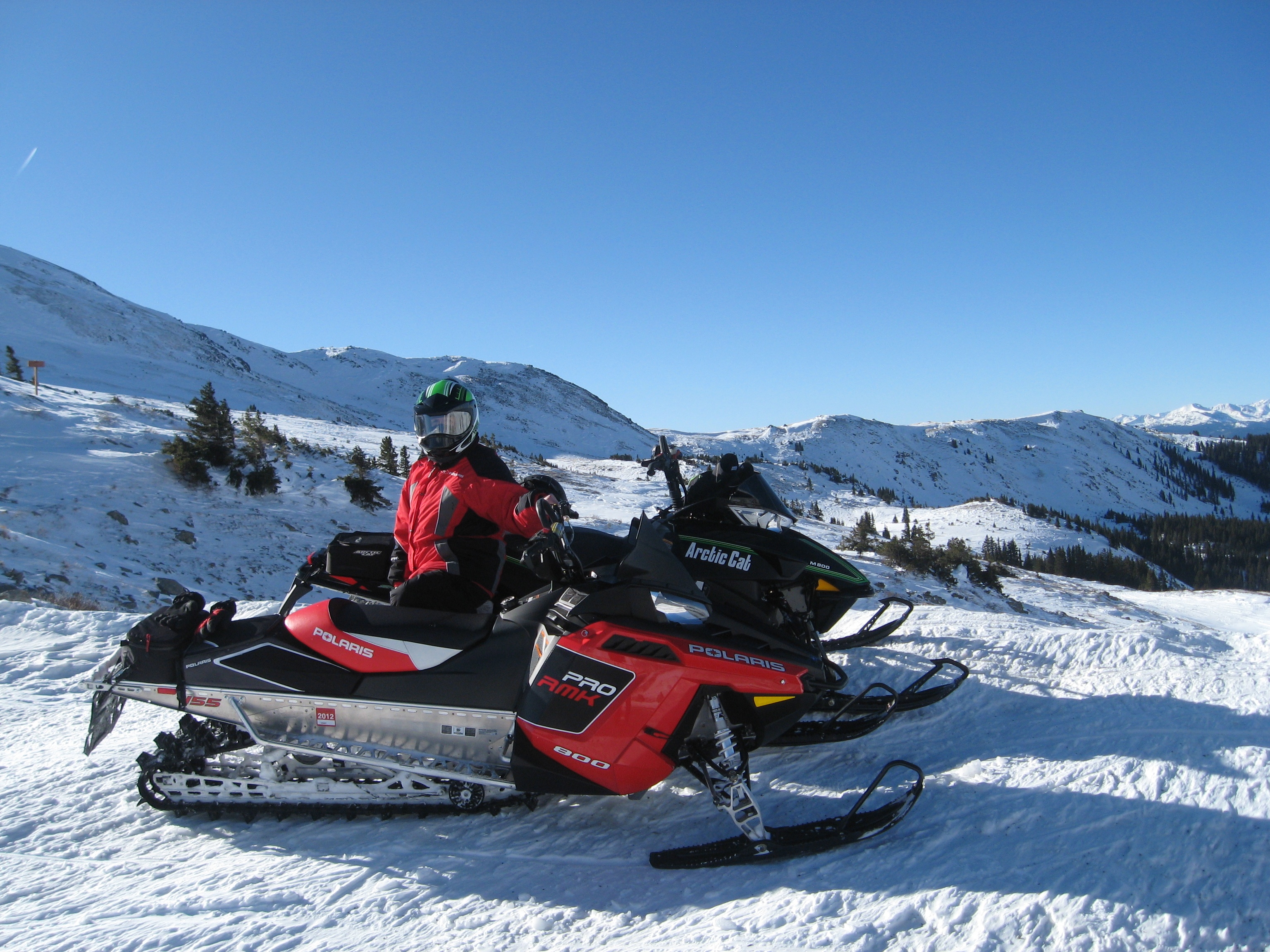 The Added Demand of Snowmobile Engines and its Effect on Pistons

Snowmobile engines are put under a lot of stress with all the elements they are exposed to. We look at the effects this stress can have on pistons, and how ProX pistons combat it.

It’s hard to find another form of motorized sports that has the versatility of snowmobiles. But, with versatility, comes a certain degree of punishment snowmobile engines must be able to endure.

Snowmobile development goes way back to just over the turn of the 20th century, starting in the early 1900s. In the 1970s, ground work started being laid for the development of snowmobile technology we see today, such as water cooled motors, independent front suspension (IFS), capacitor discharge ignition (CDI), and fuel injection systems. As usage of these machines became more widespread and diverse, the demands of the engines were increasing rapidly.

The loads snowmobile engines are exposed to can range from attempting combustion in below zero temperatures to riding in heavy and slushy snow. Riding in these conditions introduces more counteracting forces for the track to power and propel the snowmobile through. Many riders don’t stay on flat trails, either, forcing their sleds up steep grades. The combination of pushing snowmobile engines through deep or slushy snow, up hills, and in different weather conditions, all while staying heavy on the throttle, puts stress on the pistons.

This, however, is just an example of snowmobile use in winter. You can also find riders drag racing snowmobiles down ice, grass, or asphalt strips, racing them on the water around lakes, or even ripping them up and down sand dunes. Snowmobile engines experience just as much stress and load, if not more, fighting against this large variety of conditions.

A major aspect of snowmobile engines enduring excess load is their ability to stay cool. Throughout the generations of modern snowmobile engine design, three different cooling systems have evolved. The more traditional method is free air, in which the movement of air across the cooling fins on the outside of the head and cylinder helped moderate operating temperatures. Next came fan cooled systems, where cylinders are incased in shroud, with a fan and pulley, or similar fan system, that runs off the crank that pulls air in one side and pushes it out the other.

The most modern and common cooling system is water cooling, running coolant through water jackets running throughout the head and cylinder. This method has proven most efficient, especially with today’s motors at 800+ ccs. This increased efficiency has allowed pistons to be designed with tighter tolerances, different materials, and ultimately to make more power.

Despite the improvements water cooled engines have introduced, stressful time on snowmobile engines will begin to wear pistons out over time. While operating under load, 2-stroke snowmobile pistons are exposed to a tremendous amount of heat and pressure, which will accelerate wearing of the piston crown, skirts, and pin bores. Pistons expand and contract throughout heat cycles, which can have a permanent stretching effect on the pistons over time, depending on the material.

ProX Racing Parts has a line of snowmobile pistons designed to not only match OEM quality and specifications, but to also excel in wear resistance characteristics. ProX snowmobile pistons, rings, wrist pins, and bearings are made by the same manufacturers that produce OEM parts. ProX 2-stroke pistons are cast from a hypereutectic aluminum alloy. This means that the silicon content is higher than is soluble by aluminum, which gives the pistons a much lower rate of thermal expansion.

With the level of performance and the tight clearances many snowmobile pistons are now running, it’s important to know your pistons aren’t going to expand beyond tolerance and cause a seizure. ProX snow pistons also feature a two-ring set up, which provides improved compression seal and proper oil control for long-term durability.

Because snowmobile engines commonly experience a lot of load, a lot of heat is created in the combustion chamber, and can damage and wear out the piston crowns over time. With hard anodized crowns, ProX snowmobile pistons hold up to the excessive heat much better than their non-anodized counterparts.

You’ll also find a Moly based dry-film lubricant coating on the piston skirts. This coating reduces scuffing during the break in process, contributing to a long life for the cylinders. The longer cylinder walls can retain their proper cross-hatch honing marks, the better they will retain oil and resist wear of the cylinders themselves.

Snowmobiles are very fun and diverse machines, but can easily be put through the ringer in just one year. Make sure you perform proper maintenance and use parts you can trust.