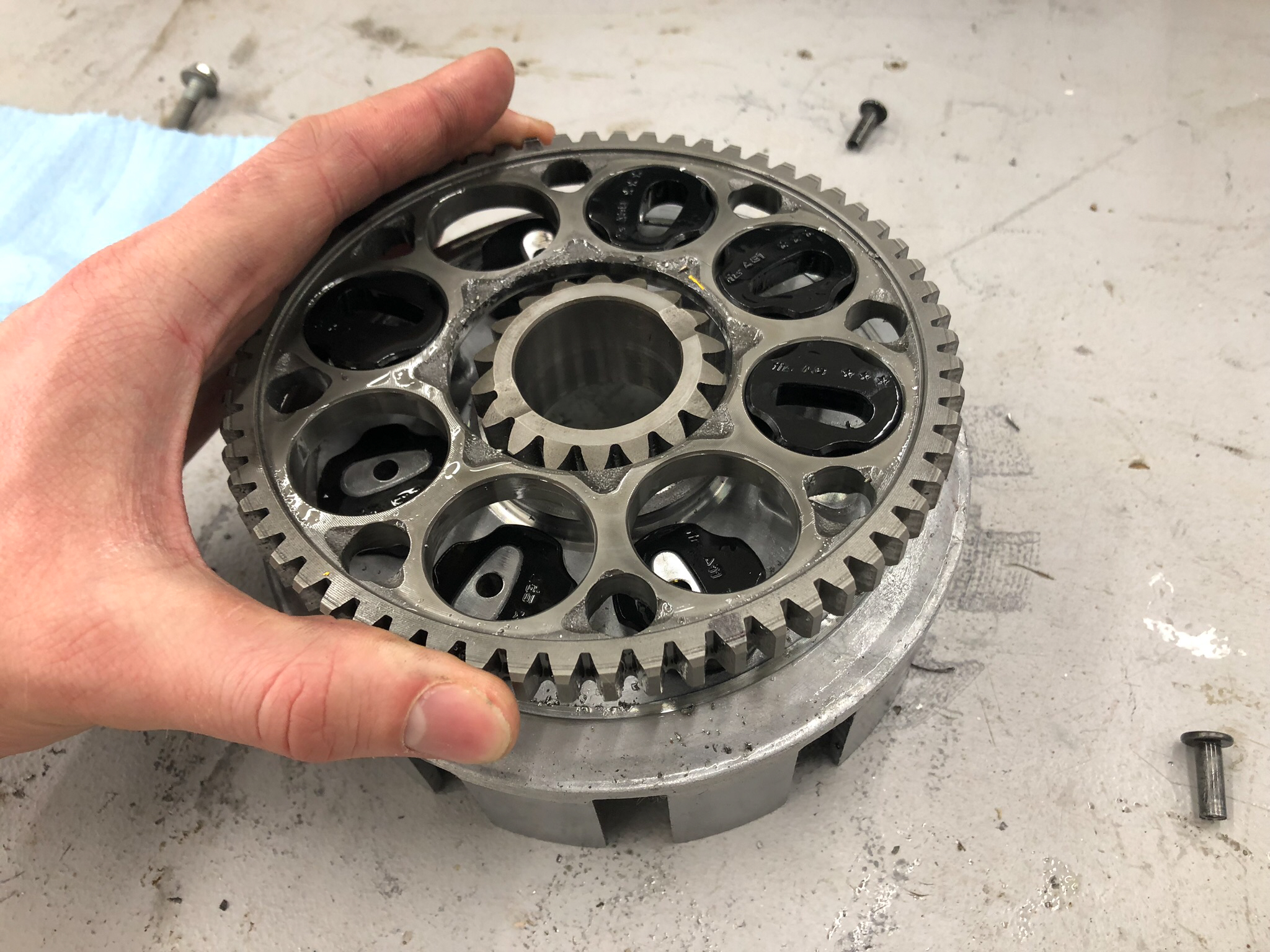 Any clutch issues that a machine may have are typically very apparent to the rider because there is a complementary feeling of loss of control of the machine. The machine won’t become outright unrideable; however, subtleties that quickly become annoying will arise when utilizing the clutch. Most notably, modulation of the clutch may become more difficult, and the clutch feel will be inconsistent.

Before taking the machine apart, verifying possible simple issues such as clutch cable adjustment and that the engine or gearbox oil has been maintained regularly should be confirmed. To inspect and disassemble the clutch, the procedures outlined in the machine’s factory service manual should be followed. Once the clutch has been removed from the engine, inspecting its condition is straightforward.

Click here for tips on replacing a clutch cable.

The clutch basket is a great component to upgrade since it has surfaces such as the basket fingers that are inherently wear surfaces. Selecting a ProX basket, which is significantly stronger and more wear resistant than OE baskets, has a high return on investment in terms of reduced maintenance and improved performance. ProX clutch baskets are precision machined from forged 7075-T6 aluminum, which is one of the strongest alloys on the market. Wear resistance is ensured by utilizing a sophisticated hard anodizing process. A final layer of performance is added in the form of a Teflon coating which seals the basket surfaces and allows the friction discs to slide effortlessly over the clutch basket fingers while in operation.

Find ProX clutch components for your bike or ATV here!

The clutch basket is an assembly of parts including the basket, starter gear, clutch driven gear, dampers, and backing plate. The starter gear is pressed into the clutch basket, and the driven gear, dampers, and backing plate are riveted or screwed in place. When it comes to tools, you’ll need the following, outside of your standard tools used to remove the clutch from the machine:

We’re going to jump into the process post clutch removal and focus on servicing the basket. ProX clutch baskets include new dampers and screws along with instructions for your specific application. The following instructions should be considered supplementary.

At this point, the clutch basket is ready for service and can be reinstalled on the engine. Refer to your service manual for assembly instructions and specifications to reinstall your clutch and button up the engine.

The process of replacing a clutch basket is straightforward and can be executed by anyone so long as the necessary steps are followed and tools are available. We hope this write-up simplifies the job and helps our fellow riders and racers get back out there performing better than before! 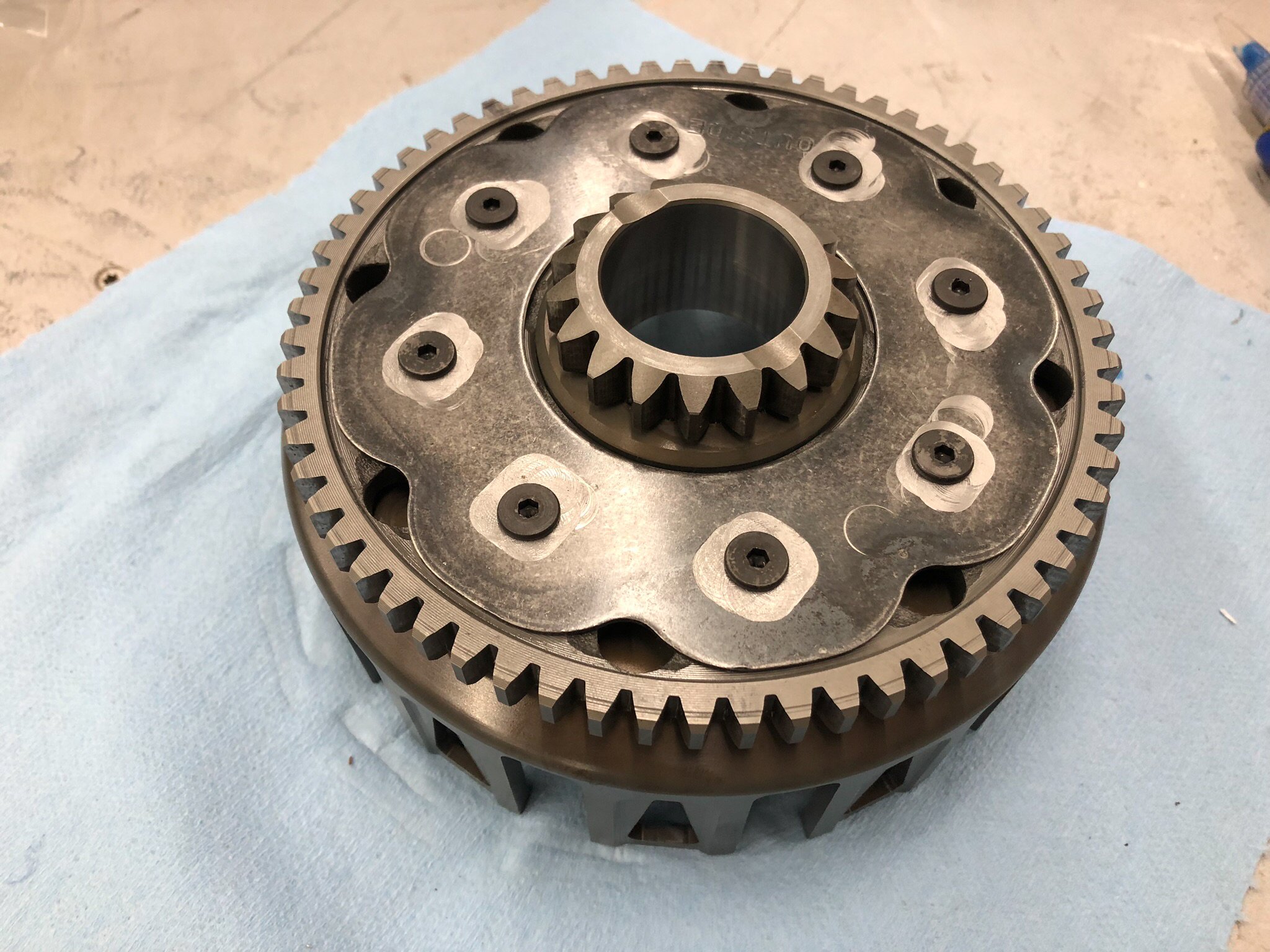